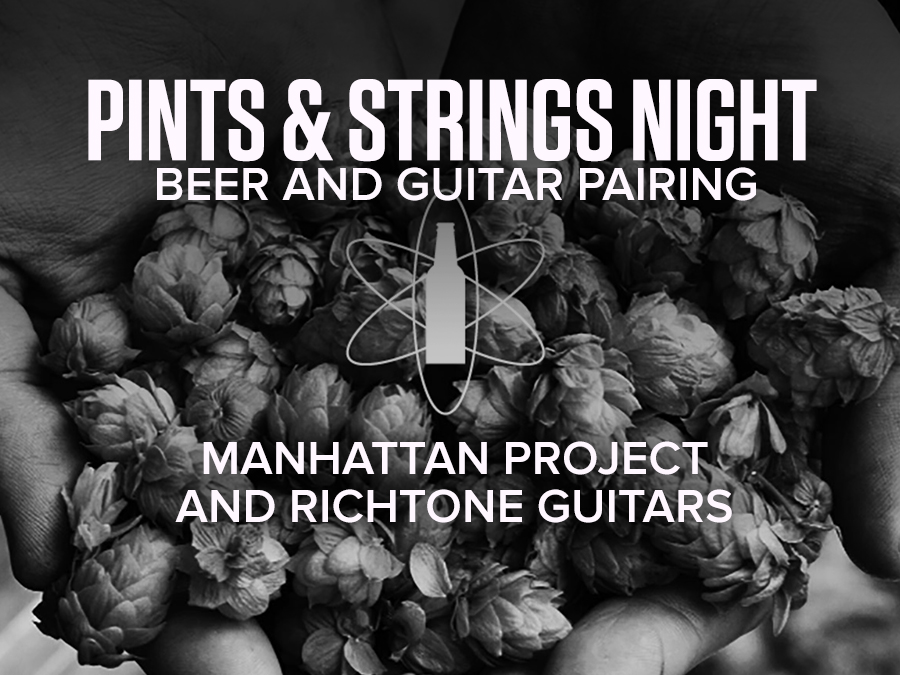 As with most craft beer businesses, Manhattan Project Beer Company began as a passionate hobby. Although our love for craft beer precedes the formation of Manhattan Project, the group first came together in 2010 with a goal to design a ground up beer to meet certain specifications for a very important event, Karl and Misty Sanford’s wedding. To celebrate their union and love for craft beer, the beer was a collaboration of the pair’s favorite homebrew styles at the time, American brown ale and Belgian.

During the 8-month design period, the group realized the unique synergy achieved by the combination of each person’s particular skill. Their common goal was to create a beer that would be appreciated by the designers, other craft beer drinkers, and those not yet exposed to beers beyond traditional American Lagers.

The project was a success. The beer started as an American Brown Ale and evolved into a Belgian Dark. Inception, as it is called, has a well-balanced Old World flavor that has gone on to win multiple awards.

The group decided to formalize under the name Manhattan Project, given our creative, collaborative, experimental, and scientific approach to beer making (not to mention the plethora of cool beer names like Half-Life and Superfortress). We then began branding and marketing our group. Manhattan Project entered its first competitive festival in May of 2013, taking first place in American IPA with a light, crisp IPA called Hoppenheimer.