Guitars and Growlers > About

A One-Stop Shop For Hand-Built Guitars and Craft Beer 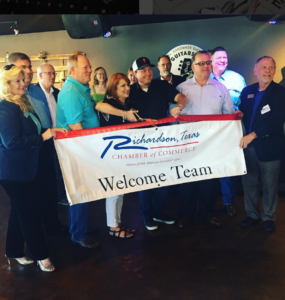 Hand-crafting has a long tradition in America. Even the industrial age didn’t eliminate the desire for well-built custom goods. It becomes more special, more personal, when you own a fine work that has been built with care just for you.

Luthier Robert Baker is combining two of his passions…building guitars and sampling great beer, in a new company dubbed Guitars and Growlers, a place that will celebrate fine music and drink under one roof.

Baker is largely a self-taught luthier, and he has been building guitars under the HiTone Guitars brand since 2003, using information he gathered from books, YouTube videos and instruction he found online. “I wanted to teach my kids to play guitar. So I had to learn, and I bought a Teisco (electric guitar) on Ebay that needed to be repainted. I learned on a projectguitar.com forum and a few books from the library how to work on guitars.”

For more info, see The Guild of American Luthiers:

The Guild of American Luthiers is a nonprofit educational organization that facilitates learning about stringed musical instrument building and repair.

His first woodshop was also a home-style project. “My first shop was the back part of my garage. Our house came with a room that was once a dark room. We used it for storage. Outside that room I set up a bench and built my first guitar.”

He made his first sale at a craft show held at his office at a Dallas digital marketing agency. “I brought some guitars to my office to show off and Frank Wright (aka DJ Love: https://www.facebook.com/DJLoveStellarMusic/) bought a guitar off me. It was my first sale.”

Baker has found a lot of support and inspiration from other builders. “The guitar building community has some great people that have helped me along the way and are a huge influence, including David Myka (Myka Guitars), Perry Ormsby (Ormsby Guitars), Paul Burnside (Black Watch Instruments), Jon Sully (Sully Guitars), and many more.”

The idea for Guitars and Growlers grew out of conversations with a friend. “My friend Adam and I would toss around ideas and starting a growler bar was one of them. Combining that with guitars came soon after many IPA’s.”

The idea never left him, and he kept developing that idea into a plan. With the increase of craft beer growing Baker came up with an idea of opening a craft beer tap house that sells and celebrates the guitars that are handmade by luthiers all over the United States and beyond.

Baker said that there are really two sides to Guitars and Growlers. On one side, as the name suggests, there will be the tap house and restaurant, which will serve 30 different craft beers along with several non-alcoholic options such as root beer, tea and coffee, plus sandwiches, charcuterie (a delicatessen-style selection of meats and meat dishes) and other great foods that pair well with beer.

What’s a Growler? A Growler is a glass jug that holds about a half-gallon of beer, and they are filled directly from a beer tap. You can typically find growlers available at brewpubs and breweries.

The other side will be the guitars, which he said will be made up of handmade instruments built by individuals all over the U.S. and abroad. The Guitars and Growlers goal is to create a network of builders who can sell their instruments through the store at a reasonable price.

We are in a resurgence or golden era of guitar building, Baker said “Any good person that wants to learn how to build guitars can find the information readily available all over the Internet. There are amazing new instruments being created every day.”

He said that Guitars and Growlers will display luthier’s builds online as well as in the store so people can get a closer look at these instruments and have a chance to try out some guitars. “Most music or guitar stores stock maybe one or two custom-built instruments. Our focus will be on completely hand-built instruments. We want these people to be known and be loved for the work that they do.”

Baker’s interest in local craft beer started with a trip to a Dallas brewery.

“Lakewood Brewery was one of the first that we got into after going to their Bourbon Barrel Temptress events. The first year we went it was snowing and a few hundred people showed up. The next year it was nice outside and the line was around the block. Soon after, I found Peticolas, Tupps, OHB, Community, Four Bullets, Texas Ale Project, and many others in Texas. Our vacations usually involve a brewery tour.”

What is Craft Beer? Craft beers are produced by craft breweries, which tend to be small shops that offer a wider variety of styles and ingredients that distinguish them from large commercial breweries. According to the Brewers Association, craft beer sales in 2015 rose 12.8 percent, accounting for more than 24 million barrels sold.